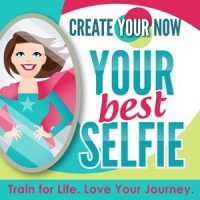 This is the day that the Lord has made. Let us rejoice and behold Him! He has risen.

He has risen indeed. A few months back you would have thought your day to be different than it is; expecting to celebrate Easter at church with family and friends gathered around in joyous harmony.

Desire to be supported and encourage by other like-minded women? Join us at Women of IMPACT. http://bit.ly/WomenofIMPACT

Yet today looks mighty different. Or does it?

Just two days ago was Good Friday; a day that changed the world. But then Saturday came and all was quiet. Somewhat of a silent Saturday. Not much to rejoice about and trying to stay moving about in the normal.

Now soon, you had hoped to be celebrating in church. But here you still sit in silence; a silent Sunday.

After the Sabbath, at dawn on the first day of the week, Mary Magdalene and the other Mary went to look at the tomb.

2 There was a violent earthquake, for an angel of the Lord came down from heaven and, going to the tomb, rolled back the stone and sat on it.

Have you ever in your life experienced an earthquake? Some might have literally. But everyone has figuratively. You’ve experienced that hurt and pain, struggles and trials, to the point of giving up at times. And in these seasons, you try to control so the doubt and fear will melt away.

And still, here you sit on silent Sunday with a heavier heart trying to figure it all out.

Mary Magdalene and the other Mary were headed to the tomb not knowing what they would find. There was a violent earthquake for there was an angel of the Lord who came down and rolled the stone away.

God is in control. Behold Him!

3 His appearance was like lightning, and his clothes were white as snow. 4 The guards were so afraid of him that they shook and became like dead men.

What have you been trying to control in your life?

You see, control is a way to deal with doubt and fear. We don’t know what Mary Magdalene and the other Mary felt, but what they did was do something they could control. And that was going to the tomb to prepare Jesus’ body with oil.

If you are in control, at least you feel like you can do something about your situation. But to Mary Magdalene and the other Mary’s surprise, they were met by an angel.

5 The angel said to the women, “Do not be afraid, for I know that you are looking for Jesus, who was crucified. 6 He is not here; he has risen, just as he said. Come and see the place where he lay. 7 Then go quickly and tell his disciples: ‘He has risen from the dead and is going ahead of you into Galilee. There you will see him.’ Now I have told you.”

God is always in control. Behold Him!

As much as we hold onto what our eyes can see, our faith shows our heart what will be.

So today may seem a little quieter. But don’t let that fool your heart.

8 So the women hurried away from the tomb, afraid yet filled with joy, and ran to tell his disciples. 9 Suddenly Jesus met them. “Greetings,” he said. They came to him, clasped his feet and worshiped him. 10 Then Jesus said to them, “Do not be afraid. Go and tell my brothers to go to Galilee; there they will see me.”

Today may seem a little different. The songs held closer to heart and whispers of thanksgiving for a day that changed the world.

You are not alone. God sees your struggles. He hears your cries. God knows your heart. He knows your whys.

So don’t let today fall into the silence. Celebrate with laughter and cheers. Share the love with those so dear.

For this is the day that the Lord has made. Let us rejoice and behold Him.

TAKE A.I.M. ~ Action Ignites Motivation  – This is a complimentary (FREE) coaching call with me. You will be able to discuss your specific situation and gain tools and strategies to move you forward.

“One step at a time leads to miles of greatness!”

Wanting help with goals, setting your schedule, or need someone to talk to (even if you don’t know what you need)? It’s time you TAKE A.I.M. ~ Action Ignites Motivation. This is FREE for you. Stop trying to do it by yourself. Put YOU first! Become your best selfie so you can live your life’s purpose.

ANNOUNCEMENT: Ready to shine your light and tell your story. Please click on MY STRENGTH IS MY STORY. Here you can submit yourself to appear on the podcast or make recommendations as to who you would like to hear. This is going to be a beautiful series!

Listen to Create Your Now on Spotify.

Listen to Create Your Now on iHeart Radio. Click here.

THE NO FUSS MEAL PLAN

Photo by Samuel McGarrigle on Unsplash

There is no doubt that you were created on purpose, for a purpose! Don't let your inner critic stop the AMAZING woman blossom into a beautiful greatness. Embrace the butterflies!

Be Present. Be Incredible. Be YOU!!!

We want to keep in touch! Hope to see you here.